British Weddings: Information We May Not Know About

0 comments
Things they don't tell you 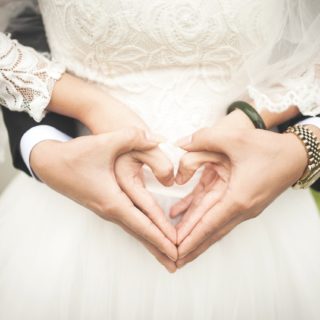 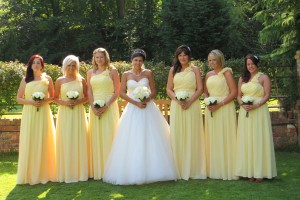 Weddings and how they are done vary depending on the culture and religion of the couple being married. Some may look like other wedding tradition of a different culture while others do not.

Gemma Cartwight has given us some information on how British weddings differ from other weddings.

1. We Have an All-Day Breakfast
Kind of! The meal at a British wedding is known as the “wedding breakfast,” even if you eat it at 5 p.m. Apparently this harks back to when the bride and groom would fast before they married in the morning. Now, it’s just one of those quirky traditions we refuse to let go of.

2. Speaking of Mornings . . .
It’s not unusual for the dress code of a more traditional wedding to specify that morning dress is encouraged. This refers to the “daytime formal” men’s attire that includes a top hat, waistcoat (vest), and tailcoat. It’s worn by many grooms and groomsmen but only occasionally by all guests. In fact, I went to one wedding that specifically stated that morning dress for guests was not welcome!

3. We Don’t Have a Cocktail Hour
Until I started reading Martha Stewart Weddings, I had no idea the wedding cocktail hour even existed, but it’s one of the US wedding trends I hope comes over to the UK. That said, we need no indication that it’s time to drink at a UK wedding. The Champagne has already been poured!

4. You Can’t Marry in Your Back Garden
In the UK, wedding venues must have a license, which is granted by the local council. There are all kinds of rules that must be followed, including one that says the proceedings are freely open to the public. So unless you’re willing to leave the garden gate open (and fill out a whole load of paperwork), picking an already licensed venue is the only option. Luckily, most hotels, country houses, event spaces, and sports venues have licensed rooms or areas.

5. We’re Animals on Our Last Single Night Out
What you call a bachelorette party, we call a hen party (or a hen do, if you prefer). Bachelor parties are stag dos. Traditionally, these involve lots of laughter, lots of alcohol, and plenty of ritual humiliation, though more and more brides are moving away from the “L” plates, “Bride to Be” sashes, and penis straws and opting for something a little more subdued like an afternoon tea, spa day, or dinner. Weekends away in Europe are also popular, either somewhere hot and sunny or somewhere where the alcohol is dirt cheap. Some Eastern European cities welcome thousands of British stag parties each year!

6. Bridal Shower, Schmidal Schmower
Though we’ve been introduced to this fine tradition through the wonders of Pinterest, the bridal shower isn’t a thing in the UK. We spend enough money on the hen party, the gift, and the wedding itself! Holding yet another party for the already busy bride hasn’t made it onto our agenda yet.

7. An Open Bar Isn’t a Given
I’ve probably paid for my own drinks at about 50 percent of the weddings I’ve attended. Often drinks with the meal (and Champagne for toasts) will be covered, but the evening reception will have a paid bar.

8. Hats Are Still a Thing
There was a time when a hat was pretty much a requirement for a church wedding in the UK. This has definitely changed, but you’ll still see hats at society weddings and traditional ceremonies. Now they’re more of a token, mostly worn by grandmas, the mother of the bride, and girls who love dressing up. The general rule is the posher the wedding, the more hats. Younger women will often opt for fascinators or headpieces instead.

9. You Get a Sweet Doggie Bag
The British wedding cake is traditionally a fruit cake covered in marzipan and royal icing. It’s sliced up by the caterers after the bride and groom have done the official first cut for photos. It’s then wrapped in napkins and given out to guests to take home. I can’t tell you the number of times I’ve found a smushed-up wedge of cake in my clutch bag the morning after the night before.

10. You Have to Be Careful What You Wear
The standard rules (don’t wear white; don’t wear black; don’t wear anything too short, tight, or low cut) apply at most British weddings, but there’s a whole minefield of other places you can go wrong as a guest. Some people consider green unlucky; ditto peacock feathers (so that time I wore a green dress and a peacock feather in my hair was just great). Some brides marrying in church may request that all female attendees wear tights or stockings and/or cover their shoulders. And then there are the ones who specify a color scheme, or worse, “fancy dress” (not your nicest clothes – this means costume!).

11. We Don’t Have a Zillion Bridesmaids, but We Do Pay For Them
Royal weddings aside, having loads of bridesmaids isn’t really that popular in the UK, with most brides picking two to four adult bridesmaids and perhaps one or two flower girls. Perhaps this is because traditionally the bride (or her family) will pay for their outfits. This is changing (thank you, Internet), and it’s now more popular for a bridesmaid to buy or contribute to her own dress or to buy her own shoes and accessories, but many still expect that if they’re going to be shoved into unflattering avocado taffeta, they’re not going to have to buy it themselves!

Things About Wedding Planning No One Tells You About

Things You Need To Know When Planning A Wedding

20 Wedding Day Things No One Tells You About

Tips On How To Have A Great Wedding

There would be a point on your wedding planning that you would feel that you are already on your wits end. Sometimes you just need to step back and relax a bit before you start to plan again. And Claire Coulson gave some tips on just how you could have a great wedding. How to have a great wedding Caroline Burstein offers her tips. She is the ...