Couples planning a civil ceremony will be aware that there are all manner of approved venues where they can be legally married and now they can add the Houses of Parliament to the list. 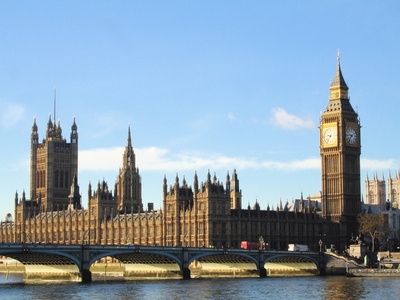 Westminster City Council has licensed two rooms in the Palace of Westminster to be used for marriages and civil partnerships. Until now, only MPs, peers, and parliamentary officials have been allowed to marry there.

The two rooms are the Jubilee Room, which has space for 80 people and the MPs’ dining room, with views of the Thames, which can accommodate up to 150.

Since a change in the law in 1995 local authorities have been able to authorise venues for civil marriages provided that are satisfied that the approved premises – and its management – will support the dignity of marriage.

The Palace of Westminster joins a host of unusual London venues approved for civil marriages including London Palladium, Fortnum & Mason and London Zoo

Hi Zoe
The original source of information seems to have been moved and I’m afraid I can’t find anything either. However, there is a list of approved venues in Westminster here:
http://www.westminster.gov.uk/workspace/assets/publications/MASTER_Approved_Venues_02.09.11-1315822513.pdf
The House of Commons is #55 on the list but there is little further information other than a phone number: 020 7219 0697
You can also contact the House of Commons Information Office via the form here:
http://www.parliament.uk/site-information/contact-us/
I will also submit an enquiry and post any answer here. Hope this helps?

Just to update – I did send an email asking if this was still available but have not received a reply unfortunately?

This website uses cookies to improve your experience while you navigate through the website. Out of these, the cookies that are categorized as necessary are stored on your browser as they are essential for the working of basic functionalities of the website. We also use third-party cookies that help us analyze and understand how you use this website. These cookies will be stored in your browser only with your consent. You also have the option to opt-out of these cookies. But opting out of some of these cookies may affect your browsing experience.
Necessary Always Enabled

Any cookies that may not be particularly necessary for the website to function and is used specifically to collect user personal data via analytics, ads, other embedded contents are termed as non-necessary cookies. It is mandatory to procure user consent prior to running these cookies on your website.